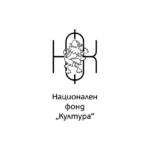 The project is implemented with funding from National
Culture Fund, program "Public" 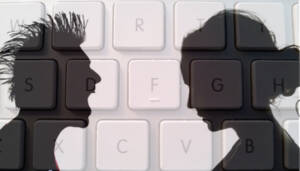 Theatre Tsvete the realization of a project begins "Digital War on Violence" with the financial support of the National Fund "Culture", program "Public". The project plans to prepare a digital version of four forum theatrical performances from our repertoire and their online distribution. Our goal is to study the interest of stakeholders in different populations to such online
events, to provide a way to the youth audience in the conditions of COVID19 and forum the theater in the digital space to establish itself as a successful art technique for prevention and protection from violence and addictions. After the screenings there will be an online discussion with the audience and their suggestions will be performed live by the actors in the studio..

Opportunity to participate in our project:

We offer you a package of interactive performances, intended for 10 -15 year students on topics important to them, suitable for class hours and extracurricular activities.

Due to the epidemiological situation, for now we could only visit you online, which is a novelty for us as well. Thanks to the financial support from National Culture Fund, we managed to transform the performances like that, to be suitable for their presentation online. We would be grateful, if you join this experiment and be our virtual viewers together with your graduates.

Forum theatre is a theatrical play, in which a conflict situation is presented on the stage, to which viewers are invited to propose a resolution strategy.

It is important for us to receive completed short impact surveys, which our virtual meeting has had on the students, as well as your personal opinion about the price, which we could get for this type of production.

The performances, which we offer you, now for free, are:

If you are interested in our offer, please call
on 0886319605 or email us at theatre_tsvete@abv.bg

What is FORUM THEATER ONLINE?

Forum Theatre is a theatrical play, in which the problem is shown in unauthorized form. In an attempt to solve it, in the role of the victim a spectator enters, which proposes a change in his behavior. To motivate the audience for active participation, forum theatrical performance provokes the audience
sympathy and sympathy for the victim. In addition to the plot of the presented story and the director's decision of the show, to achieve this goal is of particular importance direct contact of the actors with the audience, as well as the overall atmosphere in the theater space – the exchange of energy between the stage and the hall. At online performances the latter factors are absent. We aim to, as far as possible, to make up for this lack, as in online performances, we replace a live theatrical performance with a specially prepared video. In it the pictures, shot in general, in which the whole mise-en-scène is seen, alternate close-ups, allowing viewers to see the expressions well,
the facial expressions and the finest gestures of the actors, to properly recognize their emotions.
We purposefully rework the scripts of theatrical performances in order to achieve maximum information and impact on the audience. 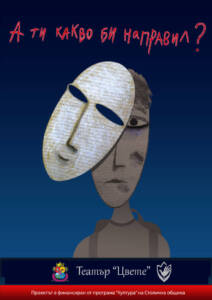 We have already prepared for the online presentation of our forum theatrical performance "AND WHAT WOULD YOU BE?"
DID?”. We anticipate its broadcast at the beginning of 2021 year. And if you don't
patience to find out what we are going to talk about then, see the trailer ⇒

Today we did 2 online submissions at the forum theatrical performance “And what would you do??” . From 11:00 was aimed at students from the city Zlataritsa, from 16:00 – to the young people from Zlatograd. Our virtual viewers from Zlataritsa they were too shy. We never managed to see their faces until the end of our meeting.
Our communication with Zlatograd it was excellent and the discussion became interesting and rich. Dear friends, to fully communicate on the Internet, we advise you to do so face to face

Today we did more 2 online performance of the forum theatrical performance “And what would you do??” . From 09:00 we watched it and commented with seventh graders from 156 V. Levski Primary School – Sofia, and from 14:00 – with young people from Blagoevgrad. 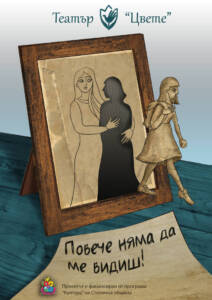 Today in the studio of Omai.TV actresses Nevena Dencheva and Violina Vasileva – Александрова played the show "You will never see me again!”, which was broadcast online for students from Chepelare. In the discussion, led by Ekaterina Kazakova, adults also joined, showed interest in the topic. It became interesting and full-blooded. 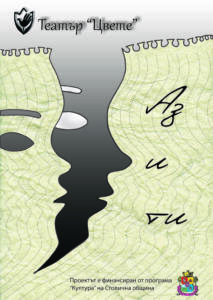 A team of actresses Violina Vasileva - Alexandrova and Nevena Dencheva, the actor Mikhail Petrov and the operator Ivan Donchev filmed a forum theatrical performance "Me and you". 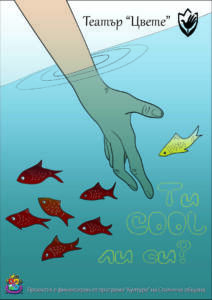 Here, is now ready for online broadcasting and the show "Are you cool??“ The filming was done by the actresses Violina Vasileva - Alexandrova and Nevena Dencheva, the actors Martin Noev and Philip Gulyashki and operator Alex Shushkov. 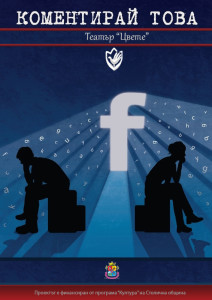 Forum theatre “Me and you” online for students 129 OU “Antim I”, Sofia

Forum theatre "Comment this!” online for students from the village Lower Ciber

In the period of severe epidemiological situation Theatre “Tsvete” managed to gain financial support for the transformation and online distribution of part of our forum theatrical production through a project “Digital war on violence“, financed by National Fund “Culture”.

The main goal of the project was to achieve sustainable recovery and expansion of part of our usual activities.
The skills acquired during its implementation were especially valuable for the implementation of projects, funded by other programs of Of the Fund, Sofia Municipality and Ministry of Culture.

Within a project “Digital War on Violence were prepared for online distribution 4 forum theatrical performances from our repertoire:

Trailers were also made to help distribute them:

„You Cool are you?“ – https://youtu.be/cmFhrrWB8pw

We broadcast eight forum theatrical performances, aimed at audiences from cities Zlataritsa, Zlatograd, Blagoevgrad, Sofia, Chepelare and the village Lower Ciber. Active viewers of our online forum theatrical performances were around 300 students, 12 teachers and 4 parents
Theater is a living art. For us, direct contact with the audience will always remain preferred. At the same time, however, so far our performances have reached only the Sofia schools. Transport and business trip costs made their price unattainably expensive outside Sofia. Their online distribution makes them equally accessible to the public in the capital and in the countryside. We are aware, that the need to digitize our production not only instantly motivates us to constantly strive to improve the necessary skills, as well as to look for new forms for its presentation. Thank you from the bottom of my heart National Fund “Culture” for support in our first digital step!