Theatre Tsvete is an association of professional theatergoers,
sharing the mission of applying art to the positive
social change. To be able to provide professional support through creative pedagogical techniques at work, the team is constantly updating its methods, exchanging experience in participating in international art and social projects Actors are trained in various postgraduate qualification courses, international trainings, seminars and workshops.
• course in Psychodramatic methods when working with adolescents, victims of violence at Dr. David Yeroham;
• a series of trainings of the European Cultural Foundation "Art for social change",
• Techniques for teaching modern sex education
• Training for trainers under the Convention on the Rights of the Child
• International training in new techniques in Forum theatre, conducted by Augusto Boal.
• Sensory theater training
• Drama techniques in education
• Training for working with young offenders
• Physical theater based on the method of Jacques Lecock
• Drama techniques in education 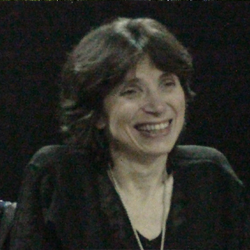 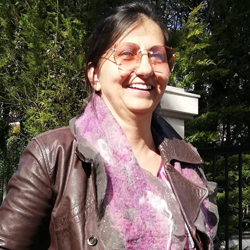 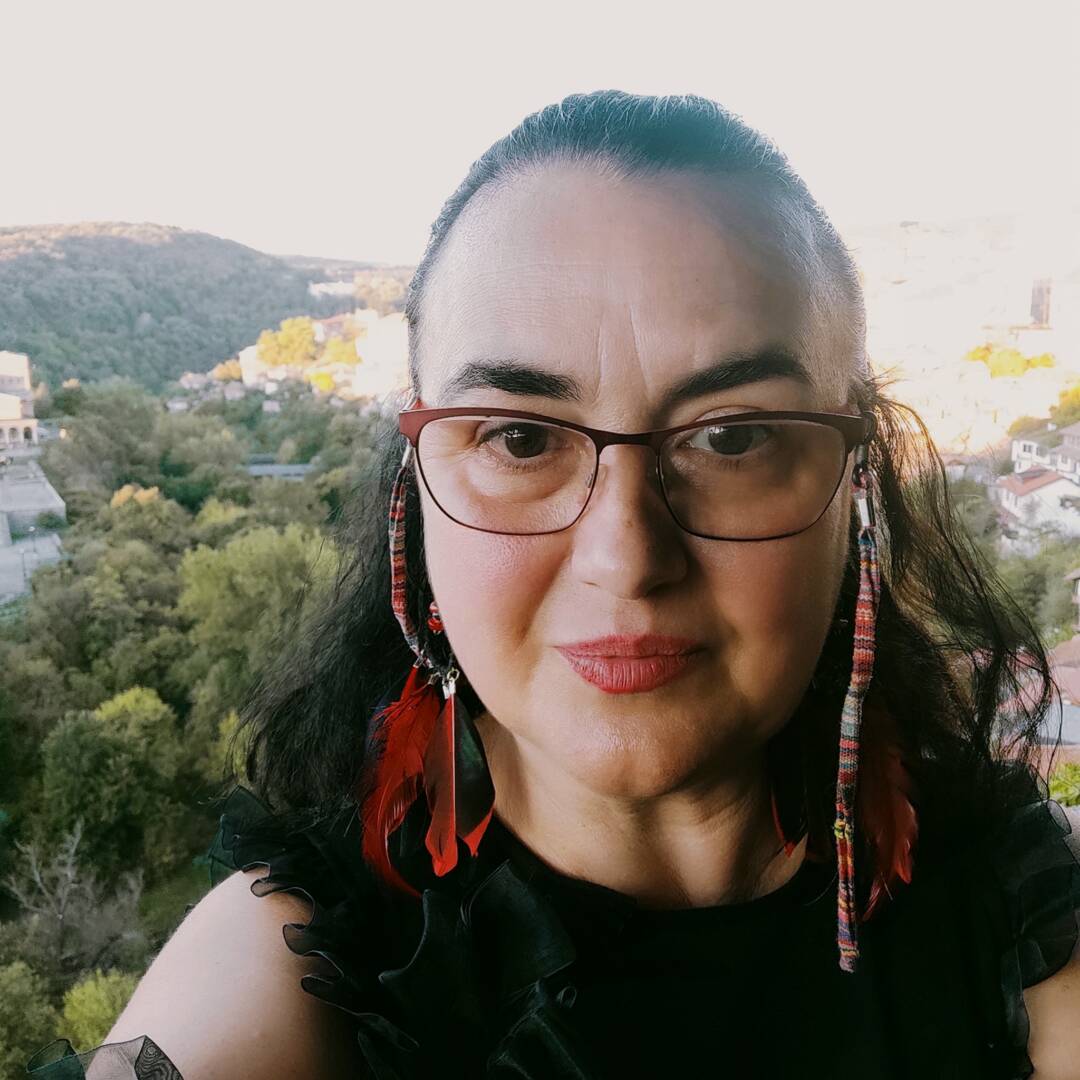 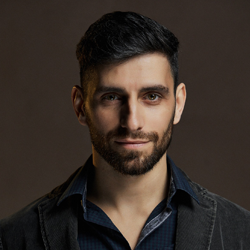 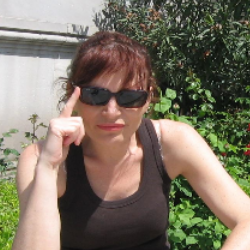 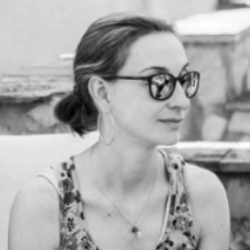 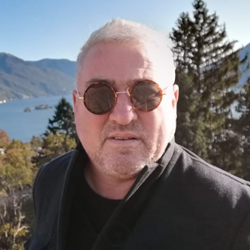 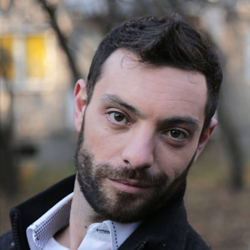 Love is all around... #activecitizens # chepelare20

And what would you do?? #for

Project “Practice your rights with knowledge an

When I started studying puppet theater directing at the Theater Academy, I was already a mother of three and a graduate in high-current engineering.. Of course, I had significantly more life experience than my colleagues and so I took over the organization of the sale of co-created puppet shows in kindergartens. That's how the name Theater came about as a joke “Tsvete”. The name remained. And those of us, who stayed in Bulgaria, we are still working together.

My commitment to the organization remained the same – I write projects, to get funding, I write scripts, I direct. In practice, I became convinced of the great potential of the theater as a social and educational tool and the creation of preconditions for future positive inclusion of adolescents in social life., regardless of their origin and capabilities , became a mission of the Flower Theater.
In order to prepare for the specifics of this work, we were trained in international trainings, seminars and workshops. We are constantly updating our methods, participating in European and other international art-social projects and those for training trainers.
I have received nominations for drama, awards for directing, I have an international award to apply drama and theater in the social educational sphere and the Badge of Honor of the President of the Republic of Bulgaria for special merits in the protection of children's rights.

Ekaterina Yordanova Kazakova is an actress, director, set designer, theater teacher, expert and facilitator in many social projects.
In 1991. graduated from NATFA "Kr. Sarafov ”- specialty acting for puppet theater.
Ekaterina Kazakova was one of the founders of the Flower Theater Association in 1993. And a member of the US. Participant in over 200 from the projects of Tr. Tsvete for conducting informal civic education of adolescents and socialization of minority groups. 20 Artistic Director of the Youth Theater Studio "Bell". There are over 27 years of experience in theatrical work with children and youth; children without parents; from minority groups; victims of violence; trafficking girls; children with physical and mental disabilities; homeless; refugees suffered stress from military action in the Balkans and terrorist attacks in the United States. Actress in dramatic and puppet productions with numerous tours at home and abroad.
Directed by over 30 productions with children, young people and professional actors.
She participates as an actress, director and Forum presenter of theatrical performances on the topic: civil rights, domestic violence, trafficking in women, drug prevention and peer violence, early marriages, etc..
From 2008 d is Deputy Chairman of BAAT - Bulgarian Association of Amateur Theaters. Representative of Bulgaria in AITA / IATA and CEC.
Everything was born of a love of art, laughter and children… 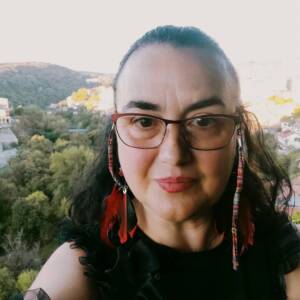 Violina Vasileva - Alexandrova is an actress, theater teacher, art therapist, part-time lecturer in art therapy at Sofia University "Kliment Ohridski", expert and facilitator in many social projects.
In 1990. graduated from NATFA "Kr. Sarafov ”- specialty acting for puppet theater. In 2005. defends a master's thesis on a topic: "The role of the forum theater to deal with anger in adolescence" at NBU. In 2015. completed a semester of doctoral studies with the right to defense in "Special Pedagogy" at Sofia University "Kliment Ohridski" on: "Prevention of school violence through puppet therapy".
Violina Vasileva was one of the founders of the Flower Theater Association in 1993., and from 2013. until 2019 he is Chairman of the Board of the Association. Participant in over 200 from the projects of Tr. Tsvete for conducting informal civic education of adolescents and socialization of minority groups. Experience in working with disadvantaged children and young people; without parents; from minority groups; victims of violence; trafficking girls; with physical and mental disabilities; homeless; refugees suffered stress from military action in the Balkans and terrorist acts in the United States. Actress in dramatic and puppet productions with numerous tours at home and abroad.
Participation in a forum theatrical performances on the topic: civil rights, domestic violence, trafficking in women, drug prevention and peer violence.
Since 2016 he has been a member of the independent creative team Playback Theater "Here and Now" by participating in over 15 performances in front of an audience as an actress and presenter 2018 is a member of the newly formed group for Playback "Storycathers".
He believes in the transforming power of art. He wants to help people in their personal development.

My name is Philip Gulyashki, but all relatives, friends and acquaintances call me Fici. I was born before 38 years, as incredible as that sounds. I graduated in acting at NBU. Besides being part of the team of the Flower Theater, where we dare to touch you with social theater, you can also watch me on the stage of the Municipal Drama Theater "Nevena Kokanova". Dupnitsa. Apart from the theater, I have a special attraction to cinema and television. Except for my artistic incarnations in series, documentary and film productions I have held other positions, mostly as a casting director and assistant director. My other passion is football in every form. He is part of me, either as a practitioner or at the stadium, and quite often with a joystick in hand. My greatest joy and pride is 5 my one-year-old daughter Emma!

Ideas are thought, and the thought (still) is invisible :) Such, sometimes, our ideas and dreams remain. Learning to turn your ideas into projects is like making your thoughts visible. Project thinking allows us to better understand not only WHAT we want, but also WHY we want it and HOW to achieve it. We mix dreams in the projects, friendships, forms, budgets, support for others and applause, let's see what happens….

Elena Blagoeva has a doctorate in culturology, she specializes in European integration at the European College, Bruges and International Relations at the Open Society Institute. She has worked as an expert and project consultant for the Council of Ministers, The Ministry of Labor and Social Policy and the Ministry of Regional Development and Public Works. He is an expert evaluator at the Executive Agency for Education, audiovisual and culture (EACEA), Brussels. He has extensive expertise in managing international projects, internationalization of higher education and intercultural aspects of governance. He is the author of numerous articles and several books in these fields.

Hello, My name is Tanya Mitkova Yorgova 37 years. I graduated acting for dramatic theater at the University of Plovdiv "Paisii Hilendarski. Immediately after graduation I was admitted to DT "Steafn Kirov". Sliven. Recently I am part of the troupe of DT "Racho Stoyanov" in Gabrovo. I have been with the inspiring team of the Flower Theater for almost four years. I love to travel and meet new people. And to share all this with my daughter.

Martin Noev is a freelance actor, graduated from one of the first private colleges of theatrical art Free Acting School at ATF - Sofia.
He has been touring in Pernik for many years, Kyustendil , Sliven and Montana theaters, as well as numerous participations in independent theater troupes and projects.
To 2001 year takes part in many social projects with the Flower Theater, as in the country, so abroad.
Between 2001 and 2017 he worked abroad in the field of organizing shows, performances and musicals, as a director, director and presenter. He specialized in the Theater of the Senses and participated in the construction and implementation of 5 consecutive years of Sensory Theater Projects - Labyrinth. Passed many educational programs in Forum and Social Theater and work with youth groups.

Hello, I am Mihail Petrov, but all colleagues and acquaintances know me as the Mouse. About 37 I am years old, but after 27 I stopped counting them. I have some acting education from NATFA and until recently I was an actor from the troupe of the theater in the picturesque Bulgarian town of Pernik. I am also part of the cheerful team of the Flower Theater. My theater is a love of nothing 15 years. I have performed on the stages of the Bulgarian Army Theater, Aleko Konstantinov Satirical Theater, Tear and Laughter Theater, TR "Sfumato" and others. In addition to conventional theater, I also like social theater. The Flower Theater helps me a lot for this passion.. Also in my biography I have recordings in the "Bulgarian National Radio" as well as numerous participations in TV series and film productions. I love snowboarding and cycling, especially in their extreme part. I also have a dog - a husky and a lot of hair around the house next to her.