students from 4 different city in Bulgaria; one of the groups - from the Roma community.

DESCRIPTION OF THE PROCESS:

There were three groups, formed according to the city, from which the participants came. The groups were located in three different sections of the spacious conference hall.

Two of them were divided into two teams, five people each, and the third - in three teams of six (a total of thirty-eight students). Each of the seven tables had Game Master. One man watched the whole process.

Each table worked on a different character (only two tables worked on the same character, but they were in different groups).

On each table was a cork board with a printed table with five horizontal rows and six vertical columns. Participants wrote their names in the first column, so each of them had an order. Each of the other columns was named after 5-you kind of abuse – verbal, emotional, financial, physical and sexual. The team was equipped with colored curls - yellow, red, blue and green for each of the four reactions (at the bottom of the sheet it was explained which color which reaction means - passive, seeking help, assertive or aggressive).

Game leaders (Game Masters) wrote the names of the characters at the top of the table and read the identification documents of the teams. The teams were instructed to listen to the cases and after each abuse they were given a short time to choose individually which color of the pin to use as a response.. The participants were told, that these decisions are not final and can later be replaced by another (as a different reaction). The written reactions were read slowly by the leaders, but without the 2 options for a possible positive and negative result from each of them, so that participants are not influenced by them. After Game Master-a finished reading the story, participants were told to discuss the five cases of abuse and to vote on one of the abuses, to be further discussed and presented as a forum theater stage, explaining their choice (and change, if available) on colors / the abuse, (if available). (By this time, our participants already knew what it was Forum Theater, but even if they don't know, a brief description would suffice). After the vote, the teams were given a short time to rehearse the scenes under the direction of Game Master. Then each team showed its piece to the other team. Leaders jokingly encouraged as many interventions as possible. Then there was a summary of each of the groups and a brief review and feedback. 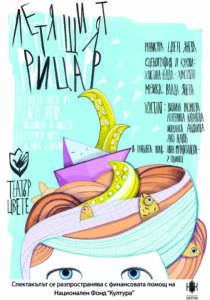 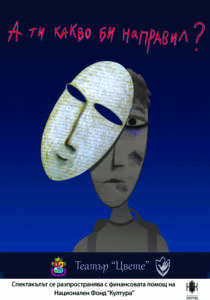 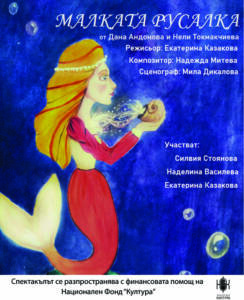