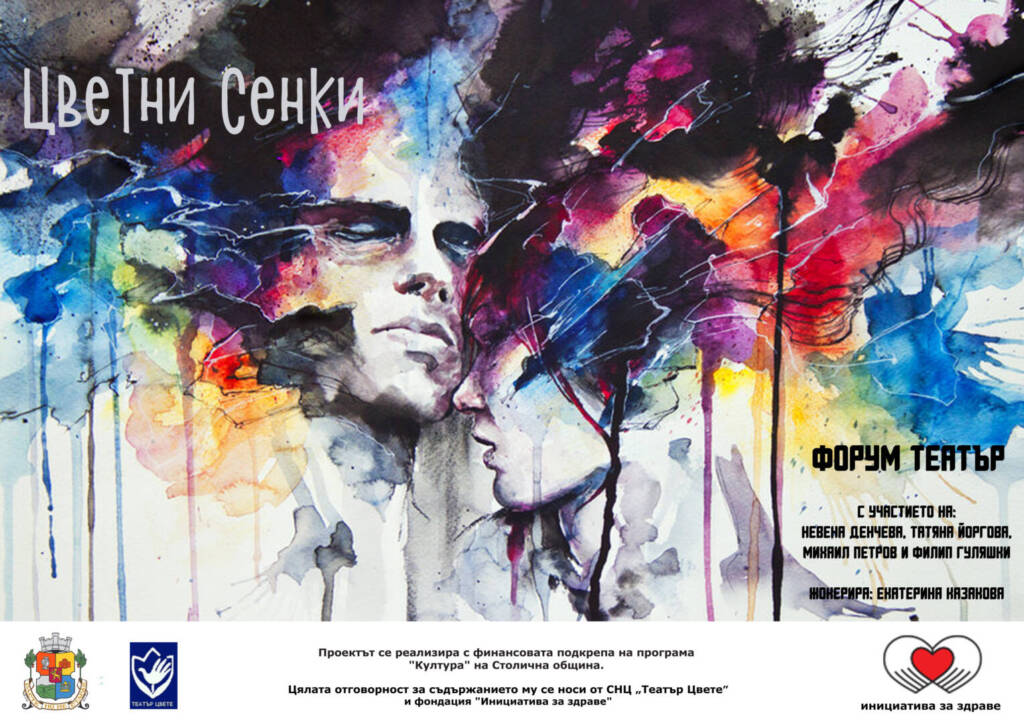 Forum theater in Kardzhali or how students rewrote the action and ...BNR radio Kardzhali
Read More
Forum theater or how the audience discusses, rewrites and plays parts of the play, was presented in Kardzhali by actors from the Flower Theater. Such a form is presented for the first time in Kardzhali. It combines acting, discussion with the audience and presentation of new options for different scenes or finale, in which the spectators are included. The performance was part of the events of the Municipal Center for Narcotic Substances, dedicated to 26 June - International Anti-Drug Day The play "Colorful shadows" talks about drug use and the risk of HIV infection, which are part of the challenges facing young people and is based on real stories. In front of the teen audience in ODK, the actors recreated a modern story about drug addiction. The cheerful and naive Albena, who has dreams, meets Joro, who manages to enchant her with charm, wit and attention, but also to weave it into the snare of designer drugs. Little by little, the young heroine gets into trouble, lies, fraud, drama, ignores friends, loses dreams and becomes infected with HIV. This showed the performance. The more interesting came after its end, when a discussion flares up, led by actress Ekaterina Kazakova - whether Albena could have refused, when she could have stopped, who could have helped her. Parts of the play were performed again with the participation of volunteers from the audience, which aroused the lively interest of those present. This, which we wanted, it is preventive to acquaint children with the consequences of such addictions, Ekaterina Kazakova told Radio Kardzhali. I'm totally talking about examples. Not always people, experienced something, they can stand in front of an audience and share. Then we are the actors, that we can play such stories and make an impact, so that, if children accidentally find themselves in a similar situation in reality, to recognize the actions of the other person and to know what can happen and to have options for reaction, explains Ekaterina Kazakova. Such a performance is being performed for the first time in Kardzhali. The interest in the problems posed in it among the young people was huge and this was seen during the discussion of how the heroine Albena should act., to oppose Joro and not become a drug addict. In the second part, when the audience participates in rewriting scenes from the play, two of the girls, who were afraid to play the role of Albena were Radina and Theodora. Drugs are a popular topic among young people today, love too. The girls are looking for love and are ready to trust immediately, and this can lead to problems and troubles, if the boy is not well-meaning, Radina explains. According to her, it is important for two young people to get to know each other, before the trust between them came. The lesson of this theatrical story is, that one must always be informed, even if he is in love, Theodora thinks. According to her, dreams should be followed, and love, it will come sooner or later. There are people, which are influenced more by emotions, others listen to their reason. But in such dangerous situations - alcohol and drugs, the mind must always be at the forefront of the young, says Theodora. You can hear more in the attached audio file. Stanislava Georgieva is working on the topic.

The project “Colorful shadows” Proposes innovative non-formal civic training to prevent drug use and the associated risk of HIV of young people, mostly between 13 and 18 years, students in the capital's high schools. The training consists of 45 minute interactive training of a group of young people, led by two psychologists from Foundation “Health Initiative” and 60 minute Forum-theatrical performance, covering 80-100 audience. 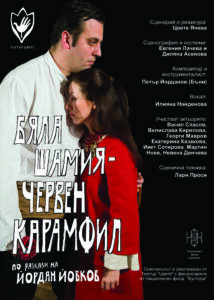 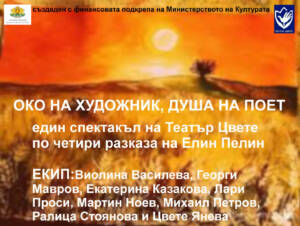 The eye of an artist, the soul of a poet 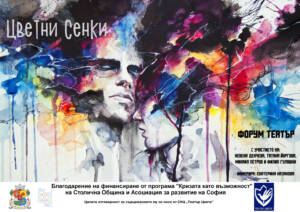